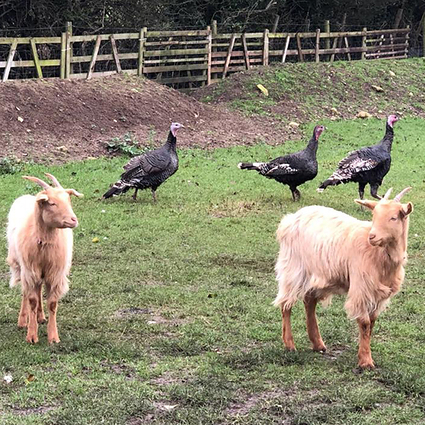 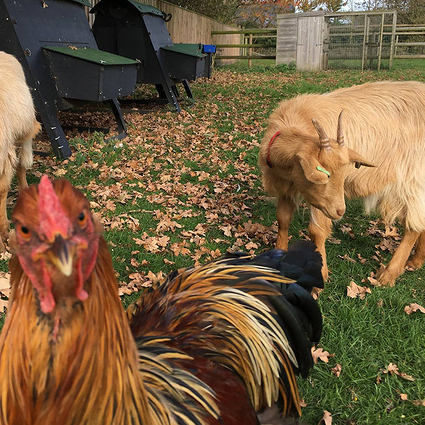 The first reference to Golden Guernsey Goats was in a Guernsey guide book in 1826 but it was only in the 1930’s that the breed was noticed by a British Goat Society Judge, Dr Tracey, who suggested to Miss Miriam Milbourne that she should try and revive this almost extinct breed. This was the start of Miss Milbourne’s L’Ancresse herd.

The Golden Guernsey was almost lost again during the German occupation of Guernsey during the second world war when most livestock were slaughtered for food by the occupying forces. It was only by Miss Milbourne hiding a small group of animals in caves and moving them around regularly that these fantastic goats were saved.

The first Golden Guernsey goats were imported in to the UK in 1965 and the mainland club was formed in the UK in 1968.

More recently the breed being featured on the BBC’s Countryfile by Adam Henson has made these lovely goats more popular and they are slowly increasing in number.

The Golden Guernsey is a generally smaller goat and has a moderate milk yield producing 4 to 5 pints a day although that is good considering its size and food needs which are moderate in comparison to other goats. They can be kept in smaller areas making them ideal for people that want to keep goats for all of their benefits but are short of space.

We have five young Nannies who will be bred in 2019 so that we can do our bit to maintain this lovely goat breed. They are all great friendly characters and love a fuss and being hand fed.