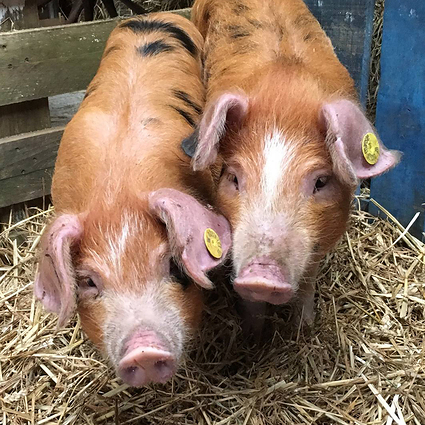 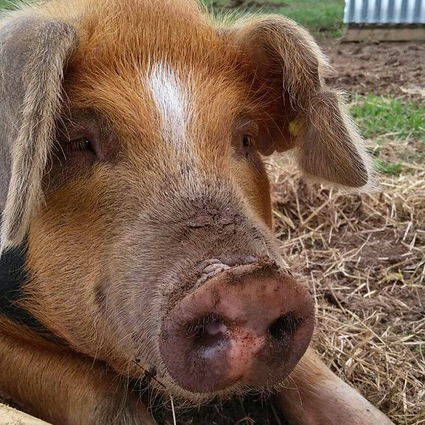 The Oxford & Sandy Black pig is also sometimes known as the Plum Pudding pig and is one of the UK’s oldest breeds. It has existed for between 200 and 300 years but its origins are now lost in antiquity.

The Oxford & Sandy Black pig has nearly gone extinct twice in recent years and even now there are only four male bloodlines and thirteen female lines and it is down to just a few dedicated enthusiasts that the breed has survived at all. With the formation of a breed society and herd book in 1985 and then the transfer of the herd book to the British Pig Association the Oxford & Sandy Black can now compete in BPA shows and the subsequent publicity is helping to promote this wonderful friendly pig.

The Oxford & Sandy Black Pig is noted for its many qualities, particularly its excellent temperament and mothering abilities. They are generally prolific and will do well under most management systems. They produce meat of very high quality and flavour and finish quicker than many other traditional breeds and are less inclined to run to fat.

What a great looking friendly pig the Oxford & Sandy Black pig is and our two Gilts Gloria and Bramley will be having piglets later on this year.