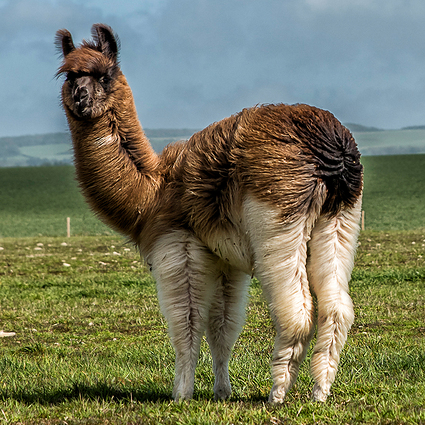 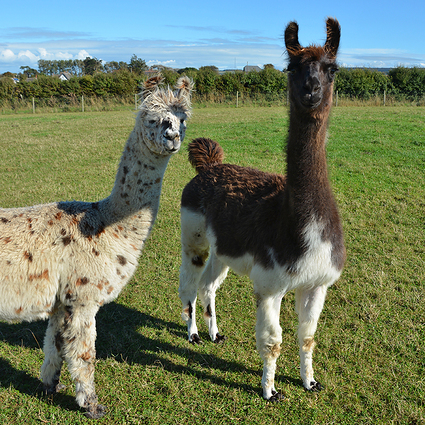 Llamas come in many different breeds and sizes and were originally bred from their wild relative the Guanaco. Llamas were first domesticated approximately 9000 years ago and are a good candidate for being the oldest domesticated animal in the world of its type. They come from the same countries as alpacas and are frequently kept together in the same herds.

Some Llamas have a quality fleece but its main job in its natural range has been as a beast of burden and the Incan people used them extensively in the Andes to transport their goods.

Llamas have been kept in the UK as trekking companions and pets for some years now. They have a reputation for spitting which is not really very fair and you would have to do something to seriously upset our llamas before they spit at you. Naturally a little more confident than their smaller relative the alpaca and bred to do the trekking job these are our favoured walking companions and now the only alpaca we will trek off the farm with.

We have 17 Llamas of Argentinian heritage which are rare in the UK. The Argentinian people did not have the alpaca so they bred these easy going llamas with a long soft fleece so ours tend to look more like giant alpacas than regular llamas that are seen in the UK.