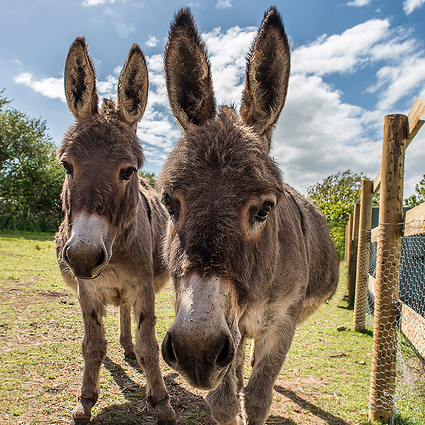 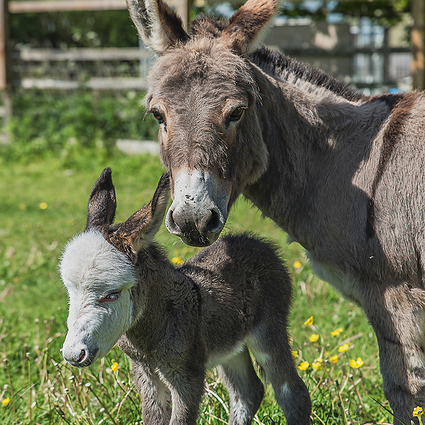 Mediterranean miniature’s are a completely separate breed of Donkey originating in Scicily and Sardinia. They are now almost extinct in their native land and those in the UK have mainly been imported from the States where they are very popular. They were used as a working animal previously for grinding corn or drawing water from village wells.

They come in numerous colours and have an association in the UK the MMDA.

We have four pure bred Miniature’s two of which have been born on the farm and are daughter and son to one of our original two donkeys, Petra. The odd one out brown Donkey Belle is a rescue and is supposed to be half Miniature although she looks pretty big to us.